by Alisa Rutherford-Fortunati on November 28, 2011 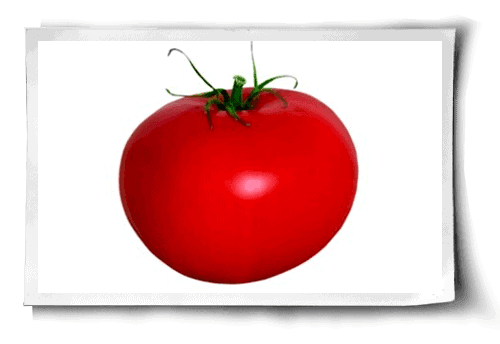 When you bite into an earthy organic tomato, you may not be thinking about blood, bone, feces, fish sludge and antibiotics, but you should be. These “fertilizers” and the hidden chemicals inside are commonly used in organic farming, and their environmental and ethical implications make them far from sustainable soil amendments.

I am by no means suggesting that we do away with “organic farming” and give the chemical companies a stronger stranglehold on the market than they already have. But it’s time that we ask these “green” growers to live up to their hype and grow sustainably and ethically with stock-free, vegan-organic methods.

Why is Veganic Agriculture Important?

Veganic farming makes it possible to grow food without the use of animal by-products, which is essential for those of us who value the rights of nonhuman animals and choose not to consciously cause them harm. But you don’t have to be a vegan to see the benefit these stock-free practices provide both in your garden and on a large scale.

For one thing, many of the fertilizers veganic growers use can be created from what you already have in your own backyard (green cover crops, compost teas etc.) or purchased at a reasonable cost. These environmentally sound alternatives to chemical fertilizers replace manure, for example, which is revered in organic farming for its high nitrogen content. We forget though that the nutrients in manure are themselves derived from what the animal ate which, in ideal situations, is solely plant-based.

By going directly to the source of nitrogen (the plants themselves) we reduce waste and the danger of contamination that animal byproducts can provide, such as livestock grade antibiotics:

“People have long been exposed to antibiotics in meat and milk. Now, the new research shows that they also may be ingesting them from vegetables, perhaps even ones grown on organic farms.

The Minnesota researchers planted corn, green onion and cabbage in manure-treated soil in 2005 to evaluate the environmental impacts of feeding antibiotics to livestock. Six weeks later, the crops were analyzed and found to absorb chlortetracycline, a drug widely used to treat diseases in livestock. In another study in 2007, corn, lettuce and potato were planted in soil treated with liquid hog manure. They, too, accumulated concentrations of an antibiotic, named Sulfamethazine, also commonly used in livestock.    As the amount of antibiotics in the soil increased, so too did the levels taken up by the corn, potatoes and other plants.”

You may say to yourself – well what if I get my manure and blood meal from “organic livestock” that haven’t been treated with antibiotics? Answer: It is still a waste of environmental resources. For example, if you took the hay/grass normally fed to cows (or simple lawn clippings) and add it directly to your garden or compost, the gardens will receive all the nitrogen and nutrients normally found in manure and more.*

*Much of the plant-based nitrogen that cows ingest is lost through their urine. Adding grass/hay directly to a garden or compost also gives you more compostable material to work with and a greater abundance of minerals that would normally be absorbed during digestion.

When you factor in:

It turns out that the space required to fertilize one-acre of garden with manure instead of simply using the hay/grass itself is over four times greater! 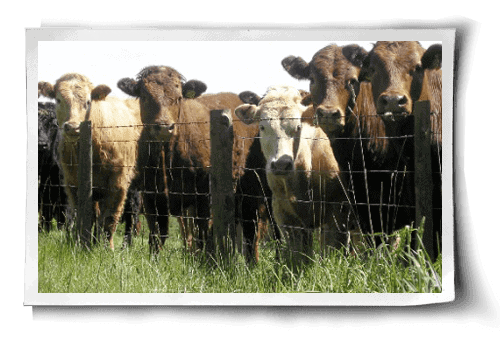 Some people may say that the animals these byproducts are derived from are already being “used for other means” and thus using their bodily functions and internal fluids to grow crops is still an environmentally sound thing to do. Waste not, want not?

It’s true that there is a heaping pile of dung to deal with on this planet, but the question is: Are we really the ones that should be paying for it? Farmed animals in the United States create approximately 89,000 pounds of excrement per second! The nitrogen in this waste is converted into ammonia and nitrates that seep into the water system contaminating wells, rivers, streams and eventually the ocean. And let us not forget the blood, bones, fish sludge, eggshells and more that these farms must also dispose of.

Animal farms have a huge waste problem on their hands and while using manure, blood and bone, and slaughterhouse sludge in organic farming isn’t going to fix this problem, industrialized farms have nonetheless figured out a way to get organic growers and us to pay for it. If you buy manure and other fertilizers made from animal byproducts, you are supporting the cruel and environmentally destructive practices of these farms, instead of forcing them to deal with the impact of their claustrophobic feedlots and toxic slaughterhouses. Even with organic growers and homeowners buying some of the waste, the runoff from these unsanitary facilities is leaking into fields and poisoning our water and food supply.

It is not only possible, but practical and ethical to truly green our organic growing practices both on a large scale and in our own homes. If you’re interested in banning blood, bone, feces and other animal byproducts from your garden and subsequently your table, you’re in good company.

There are a number of organic growers out there that have gone stock-free, such as Tolhurst Farm in Whitchurch-on-Thames in south Oxfordshire, UK. They have been successfully stock-free for over 10 years now, demonstrating that this practice is definitely viable on a large scale! They aren’t the only ones though; there are a growing number of farms worldwide that are going veganic. For a list of these farms, check out the Veganic Agriculture Network. This list is continuing to expand, but some stock-free farms still haven’t joined the network. If you know of a farm practicing veganic agriculture that is not on this list please contact the VAN and let them know.

I know many of the people reading this article believe strongly in organics and sustainable agriculture, as do I. This is why, from our home garden plots to the sweeping crops that cover this land, we have the right to raise the standard, stop supporting environmentally destructive and unethical farming practices and go VEGANIC!

Look out for my next post on the animal-derived ingredients to watch out for in your fertilizer and their fabulous vegan-organic alternatives, coming soon!