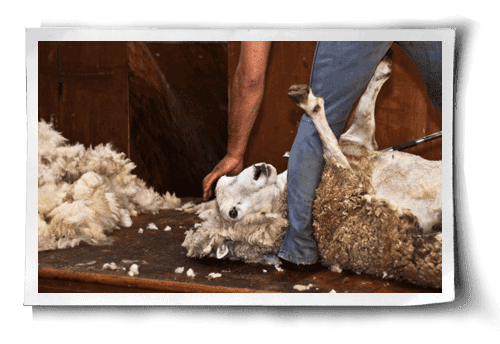 Wool often tends to be overlooked by many animal advocates because its cultivation does not necessitate the death of the animal, unlike meat production or leather, for example. However, the cultivation of wool is far from the pastoral idyll one might imagine.

Wool production is an industry. Like any other branch of animal agriculture, it thrives by commodifying animals and objectifying them as resources for human consumption. It converts sentient creatures into units of production, thereby consigning them to brief lives of neglect, abuse, and captivity in the service of increased profit margins.

Moreover, just as the dairy industry implicitly supports the meat industry by supplying it with veal calves and female cows whose milk production levels have dropped, wool funnels sheep who are no longer producing profitable levels of wool into the meat industry, often through live export which entails its own unique set of abhorrent practices. Ultimately, every shorn sheep will be brought to slaughter.

One might also mistakenly believe that a sheep needs to be shorn, but the reality is more complicated. Undomesticated sheep produce only the amount of wool that they need to survive in their climate. Again, as we have bred chickens and pigs to grow so large that their legs can no longer support them, we have used genetic engineering to manipulate the sheep’s wool production to meet our designs.

Today’s domesticated sheep will overproduce wool in the abundance that is required to support the industry. We have, in effect, turned the sheep’s body against the sheep. Shearing, which is, in itself, a brutal process in which frightened animals are forced into submission, occurs early in the spring, which leaves the sheep vulnerable to exposure. 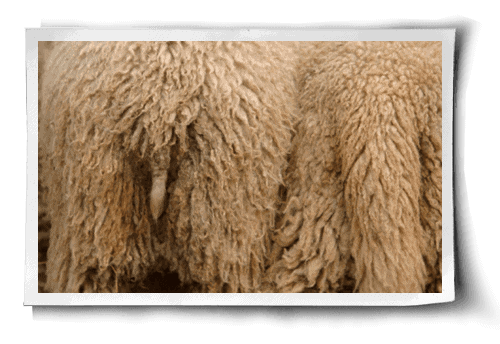 Deleterious breeding is certainly not the only way in which the sheep’s body is assaulted to further human interests. About half of the world’s Merino wool comes from Australia, where the practice of ‘mulesing’ is ubiquitous. Because of forced, unnatural breeding practices, these sheep have wrinkled skin in order to increase wool production. This wrinkled skin also accrues excess moisture, which in turn attracts flies. The flies lay eggs in the skin folds and resulting maggots begin to consume the sheep’s skin in the extremely painful condition known as flystrike. To prevent this from occurring (or rather, to maintain their product using the most cost-effective means at their disposal) the wool industry cuts off the skin and flesh from around a lamb’s hindquarters, generally without anesthesia.

Mulesing is likely the most widely protested aspect of wool production and, while it is certainly one of the most pronounced travesties of the industry, let us not forget that we cannot reduce the gross immorality and injustice of a thoroughly corrupt institution to only its most heinous acts. If we were to reform the industry by outlawing mulesing, we would still be left with a corrupt industry that subsists on the commodification of sentient animals. In other words, mulesing is a symptom of a larger problem: consigning a sentient being to the status of an item of property, so that he or she may be used in whatever manner benefits the owner. This cultural paradigm produces the very social conditions that make mulesing and other extreme rights violations possible.

Wool is widely used in textile production. Even in some cases where wool is not the primary fiber, you are likely to find it in clothes, bedding, and even carpets and mattresses in some parts of the world such as New Zealand and other countries where wool production is prevalent. If you knit or crochet, wool is very frequently used in yarn. Alternative fabrics are widely available and include hemp or bamboo yarn, organic cotton, polyester fleece, synthetic shearling, soft acrylic and faux fur.*

Note: Sheep are not the only animals used for their wool. Cashmere is derived from goats, and Angora from rabbits. Alpaca wool is also increasing in popularity. If you do not want to contribute to the abusive industry of wool production, check clothing tags for any of these terms before buying.

* In Gentle World, we are strongly in support of buying items second-hand wherever possible, and only buying items that are necessary. Although all of the above-mentioned fibers are vegan, they still have an environmental footprint, and buying used items is the only way to avoid this issue.